Welcome to the March 2019 Orbit Newsletter

Following our FEBRUARY Newsletter – we highlighted some vessel corrections and void services from China.

Its now official, from South China there is a service drop.

No more Melbourne First Port of Call services till at least August.

ORBIT have all the news first! Therefore, so do you.

We have some interesting articles to keep you as informed as possible!

Have a great Month 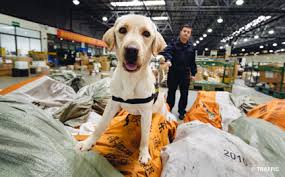 Picking the Best Noses to Sniff Out Stinky Pests

The following Media Release has been published by the Department of Agriculture and Water Resources and is forwarded for your information.

Australia’s biosecurity detector dogs now have their noses honed on one of the nation’s most unwanted exotic pests—the brown marmorated stink bug (BMSB).

Head of Biosecurity, Lyn O’Connell, said the department was working with the University of New England to train the dogs to detect this serious pest in sea cargo.

“We have strong measures in place offshore and at the border to manage the risk of this pest arriving here and we’ll soon have the best noses in the business on the job to enhance our efforts.

“In Brisbane, we are currently trialling the use of detector dogs for the screening of imported cars. This is a first for biosecurity in Australia.

“As BMSB hitchhike in sea cargo, the introduction of the dogs is another way that we can detect and stop this pest in its tracks.

“It is an example of how we can expand our existing detector dog capabilities to address current or emerging biosecurity risks.”

Further research will now be undertaken to support the training of new and existing detector dogs. This will also allow the department to conduct rapid response training for existing dogs to help manage other seasonal or emerging pest and disease risks.

BMSB is a significant threat to Australia’s $12 billion horticulture industries because of the damage it can cause to vegetable crops, fruit and ornamental trees.

Between September and April each year there is an increased risk of BMSB arriving in Australia, so enhanced seasonal measures are implemented to address the biosecurity risk.

The introduction of detector dog screening for sea cargo is another innovative step the department is taking to keep this pest out of Australia.

For more information on the detector dogs, visit agriculture.gov.au/biosecurity/australia/detector-dogs. 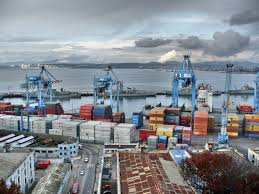 Update on the Victorian Government Inquiry into Infrastructure Charges

Freight & Trade Alliance (FTA) and the Australian Peak Shippers Association (APSA) have received the following update from Freight Victoria in relation to a review into infrastructure pricing and access at the Port of Melbourne:

Re: Port of Melbourne infrastructure pricing and access review

The Victorian Government has asked Freight Victoria in the Department of Transport to commence a review into infrastructure charges, pricing and access to and from the Port of Melbourne.

Industry and primary producers have expressed concern regarding increases in stevedore infrastructure charges and access conditions and flow-on costs to their businesses.

While Port tenants now determine their own pricing, the review provides an opportunity to look more broadly at supply chain charges and access.

The review is currently being progressed and is expected to conclude mid-2019.

This update comes at an important time, with the most recent Patrick Stevedores increase in Melbourne (+75%) taking effect yesterday Monday 4 March 2019.

FTA / APSA will continue to be a leading voice in seeking basic protections for Australian importers, exporters and port users.

If members would like to be directly involved in this review, please email secretariat@auspsa.com

PORT of Melbourne’s January was busier than the same month last year for container throughput, but the port handled fewer containers than the last month of 2018.

Trade with the Apple Isle totalled 16,250 TEU of full containers, 6419 TEU of which were imports across Bass Strait, and 9831 TEU were exports.

What was in all these full containers? Well, I’m glad you asked. Port of Melbourne reports its top containerised commodity to cross the wharves was miscellaneous manufactures, followed by furniture, electrical equipment and metal manufactures.

Melbourne’s total trade in empty containers in January was reported to be 66,945 TEU. Over the month, the port handled 28,551 motor vehicles, which equates to 492,000 revenue tonnes. 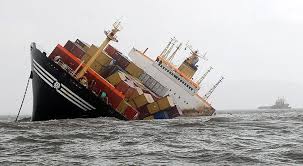 Over the past 12 months, there appears to have been an increase in marine incidents (accidents) globally where ship owners have declared general average as a consequence of fires, groundings and equipment failures on ships.

This raises concerns that shippers and cargo owners may not understand the need to ensure their cargo carried on any voyage is suitably covered by cargo insurance, and in particular covered for the conditions of a declared general average.

Cargo Insurance: What is General Average?
General Average means, literally, a general loss. When General Average is declared, not only are ocean carriers not liable for loss or damage to cargo or the ship, but every cargo owner is actually responsible, in part, for the cargo of others, as well as the ship itself.General Average
A classic example of a General Average sacrifice is jettison to lighten a stranded vessel. Jettison is the throwing overboard of cargo or ship’s material, equipment or stores. Other examples include stranding, fires, and collisions. All participants (vessel and cargo owners) contribute to offset the losses incurred. General Average claims can be in the millions of dollars (and in the case of the Maersk Honan hundreds of millions of dollars).

What does this mean?

If cargo is correctly insured, the cargo owner’s insurance company will provide the guarantee (bond) and any contribution required for the loss. The potential financial loss from a General Average claim amplifies the importance of All Risks Cargo Insurance. The liability for General Average makes purchasing cargo insurance an essential business decision.

Attached you will find further information on the need for cargo insurance, and in particular the full impact of a declared general average on any cargo owner who participates in a voyage.

We strongly advise that you check with your marine underwriters to ensure your insurance is adequate to cover all the risk of shipping.